Students at Harris Invictus Academy Croydon will be writing new stories for the school website as part of an after-school club facilitated by Ms Davis. Their articles will also appear in our termly newsletter, Invictus Scroll.

“The news we get from schools is often filtered through adults so it’s good to get a young person’s perspective,” said Ms Davis. “It’s empowering and gives them influence, and lets them share and celebrate the things they love too.” Our student journalists are pictured here at a meeting of the Invictus Scroll club last Friday. 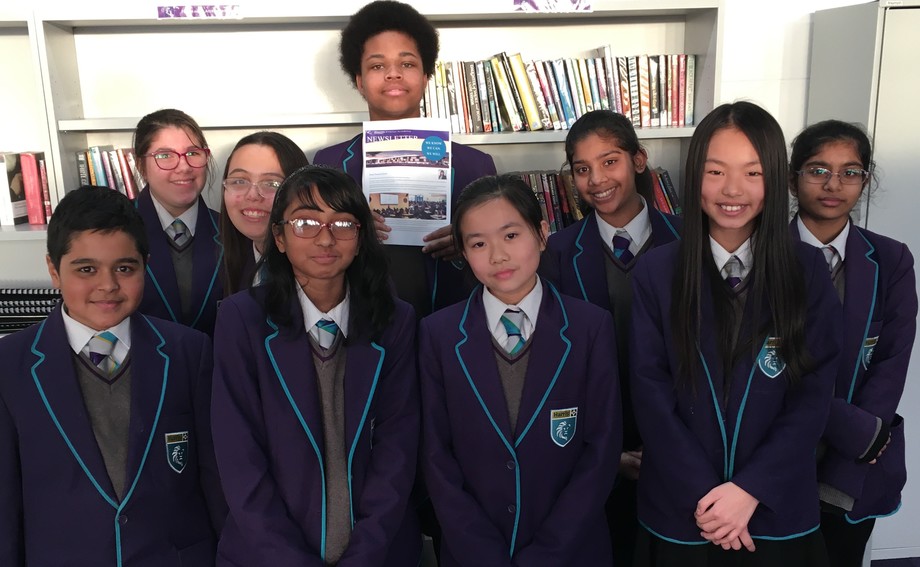 Grace, Year 7, is new to the Invictus Scroll team after signing up for the club at our recent Enrichment Fair. “It sounds cool having what you’ve written published, especially since it gets read by so many people,” she said.

Sophia, Year 7, agrees: “I got the newsletter sent to my home and I read it and wanted to be involved. I want to have a voice and write about what I think.”

The latest issue of Invictus Scroll came out in December and includes articles on plans for our sixth form, recycling at the school, and a new ‘Little Women’ Club to raise confidence and achievement levels of young women. All articles were written by students.

Kriya, Year 7, for example, wrote about languages and interviewed French teacher Ms Kausmally. “I think everyone should have an opportunity to know more than one language so if they go abroad they will know a bit of how to speak that language,” said Kriya.

Chance and Paulina, both Year 9 (pictured below), interviewed Ms Bergin about the new Harris Invictus Sixth Form that opens in September. You can read their article in the December 2018 edition of Invictus Scroll. 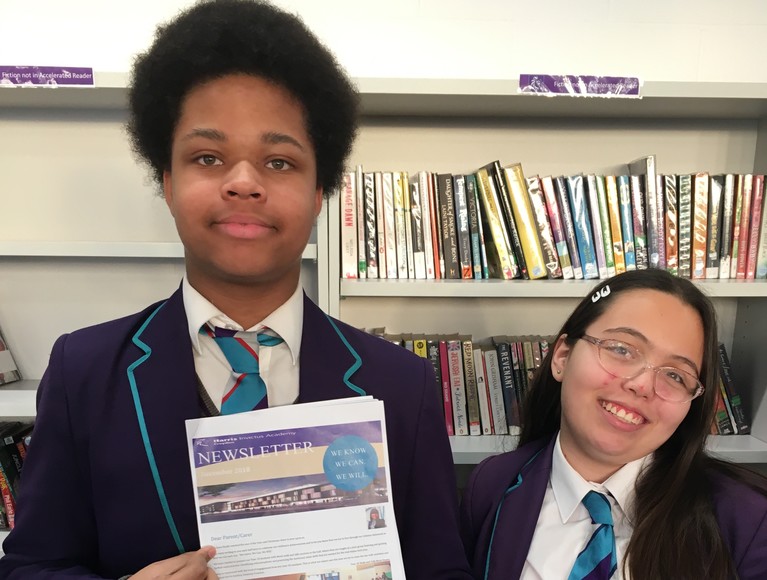 If you’d like to get involved in writing news for the website and Invictus Scroll please contact Ms Davis. We look forward to publishing articles by our student journalists later this term.