Welcome to the Invictus Family! Visit the Invictus Website to meet the Principal and have a virtual tour of the Academy for parents of Year 6 and Year 12 joining our secondary school in Sept 2021. Click to visit. https://t.co/TXT1bCcyeO

Welcome to the Invictus Family! Visit the Invictus Website to meet the Principal and have a virtual tour of the Academy for parents of Year 6 and Year 12 joining our secondary school in Sept 2021. Click to visit. https://t.co/TXT1bCcyeO https://t.co/YL5zMW82l4

The Most Interesting Teacher - Miss Sheldrick

By Grace, Tamjid and Milan, Year 8 journalists working on the Invictus Scroll newsletter. 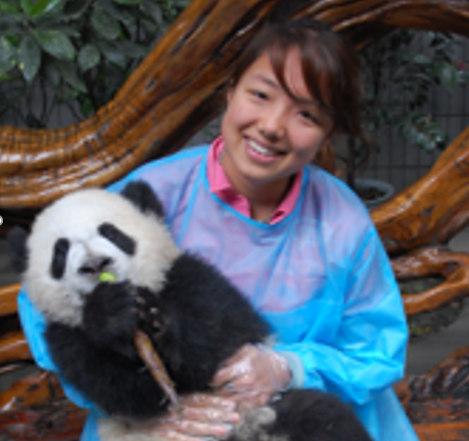 You may ask why Miss Sheldrick (pictured) is the most interesting teacher. Well, in this amazing article you will find out!

She has lived in six different countries including England, the Netherlands, Canada, Australia and South Korea. Her accent is quite an amalgamation! During her childhood, she went to four different primary schools and was accused of being “too English” to go to school in Korea.

She also played five different instruments including the piano, saxophone, violin, drums and clarinet. Due to this, Miss Sheldrick played in the Royal Albert Hall three times!

Perhaps it’s not surprising that Miss Sheldrick’s favourite quote that she was told as a child is: “Always accept every opportunity you're offered; you’ll never know where it will take you.”

Miss Sheldrick has been on a long journey to become who she is now. She studied Biomedical Science and specialised in genetics at the University Royal Holloway, where Age of Ultron and Harry Potter was filmed.

As if that wasn’t enough, Miss Sheldrick has also written an article about climate change for a science journal called The Ecologist and cuddled a panda!

When she was in her late 20s, Miss Sheldrick created an official costume for a computer game called The Witcher 3: Blood and Wine that was worn by a model promoting the game.

Furthermore, she has tried to self-publish a book and a comic, but she has put that on pause for now because of her teaching commitments. Currently, Miss Sheldrick is a Science teacher in at Harris Invictus after being a music teacher for a year. We are very lucky to have her teaching here and wish her all the best in the years to come!

By Grace, Tamjid and Milan, Year 8