Our students Kriya and Grace went to the Grand Final of the French Spelling Bee at Harris Academy Bermondsey recently, and won!

The competition was fierce but both girls made it to the grand final, meaning that they went head-to-head against each other to win first prize. It was the first time two students from the same school had reached the grand final. 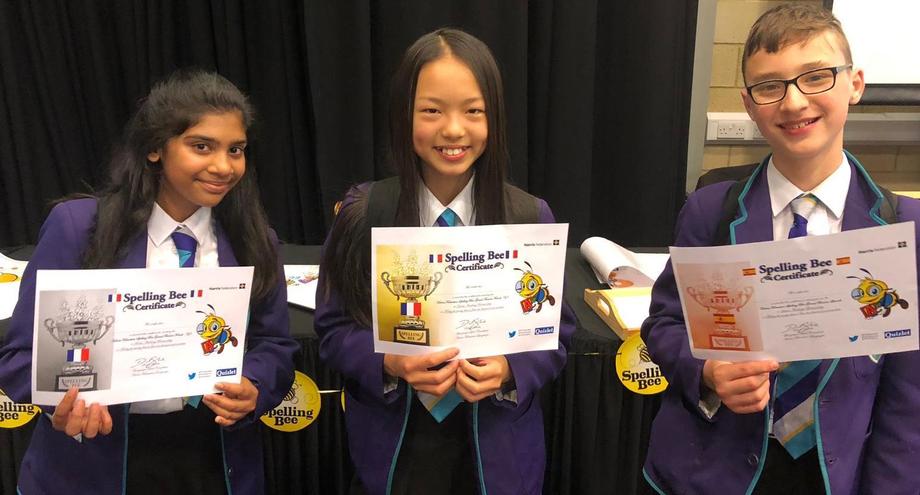 Grace and Kriya battled it out for more than five minutes, and it was only at the round where they had to spell French words with more than 20 letters that Kriya stumbled, giving the victory to Grace.

Amongst the words they had to spell were le saut à l'élastique (bungee jumping) and un arbre généalogique (family tree), and in the most authentic accent! 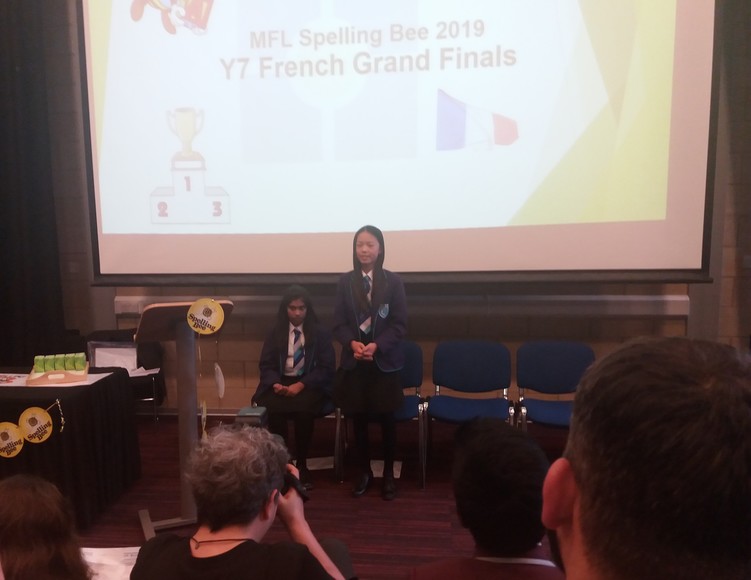 They have received their certificate, trophy and prizes. "I cannot say how proud I am at our victory in our first ever participation in this competition," said delighted teacher Ms Kausmally. "We Know, We Can, We Will really was the perfect motto for this occasion."

Also pictured is Alexandru, who did not reach the grand final but cheered up our girls throughout the competition!

Students from many different Harris Academies took part in the competition. Congratulations to all the participants. 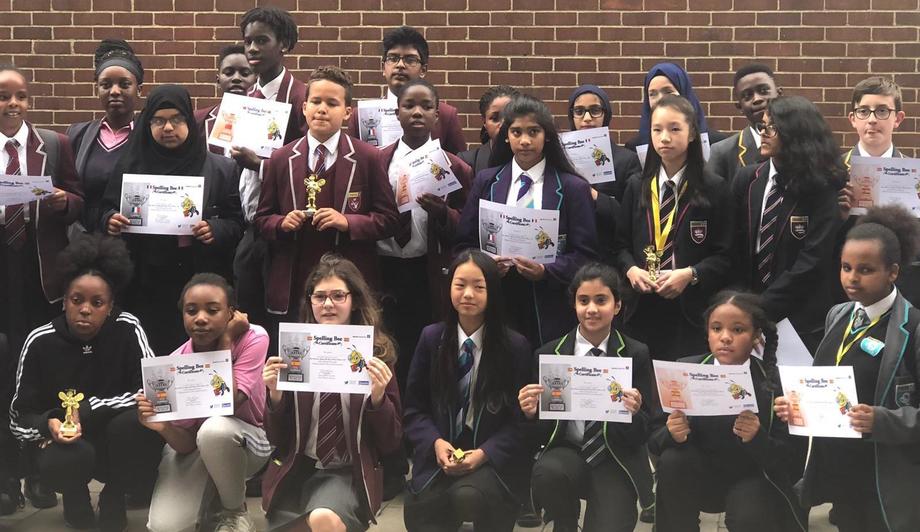