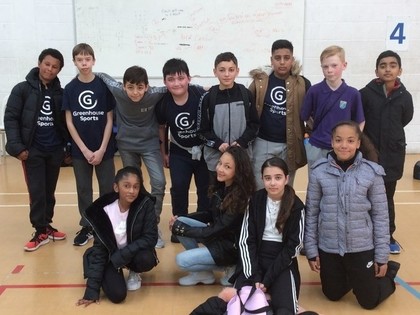 Harris Invictus Year 7 table tennis team attended their third Ernest Bevin Rankings Tournament on 11th May. For some, it was their first ever tournament.

As their coach, it was spectacular to see how well they all preformed. They all demonstrated a high level of self-control and resilience, playing 25 matches to determine who is the number one player.

The Harris athletes played with heart and soul and showed super team work, supporting each other through their matches (the most matches any of them had played in one tournament).

In the last two Ernest Bevin Year 7 rankings tournaments, we had players finish in third and fourth place. This time the number one player was one of the Harris champions: Oliver, who scored maximum points. He never lost a set throughout the whole tournament: the best he has ever played.

Well done to him and the whole team, who gave 110% to each other, making it an 'all for one and one for all' effort to bring home the victory.