Year 7 performed The Carnival of the Animals to a mesmerised audience in Upper Norwood in March. Report by Priya and Lekshmi, Year 7.

Ms Davis’s English class (7X1) went on a fun trip on Sunday 17th March. We performed our own poems to more than 350 people! The event was called The Carnival of Animals and was held at St John the Evangelist Church in Upper Norwood.

We had all been working very hard on this ‘not so secret project’. The poetry organisation Well Versed Ink helped us on the project by holding poetry workshops in our English class. Furkaan, Flori, Aayan, Grace, Lekshmi and Priya went on the trip and performed beautifully in front of the exhilarated and mesmerised audience. It was a wonderful experience.

The audience was respectful and listened eagerly for more. The little ones at the show enjoyed it too – there must have been over 100 toddlers in the audience! How did we know they were having fun? They imitated the actions of all the animals they knew. For example, when we read our lion poem, all the kids roared and joined in with us.

We also had lots of fun back stage reciting the poems. When the show ended, we got a few interviews from the audience to see how well they thought we did. 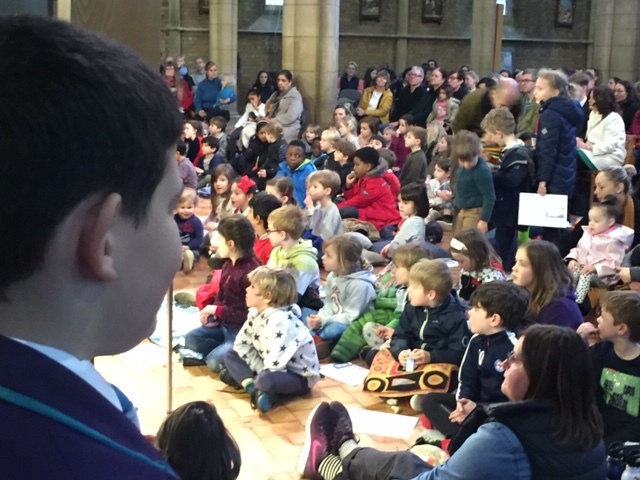 Tim Spoerer, a music teacher at Ecclesbourne Primary School and conductor and leader of the Djembe Kings, said, “I couldn’t be happier. What a beautiful space it is as well. It is amazing to hear something we usually only hear on the internet come to life. I absolutely love animals. I think they are amazing creatures and we ought to help them out. I am extremely sad that all the corals are dying and we, as humans, should make a difference.” 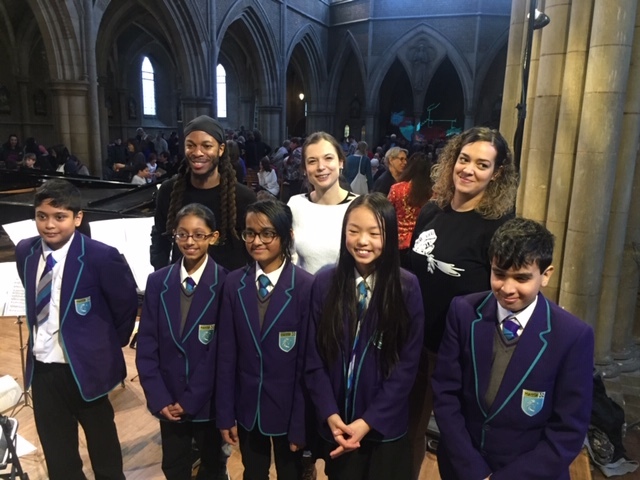 “My favourite animal is either a bush baby or a rhino. If there is another show next year, I would definitely come. I have always loved animals and this show has made me love animals even more. If I had to pick from all the poems, I would pick the Aviary or the Aquarium poem. I don't think that anything could have been improved it was absolutely amazing, and as a teacher I am truly impressed.”

Jenny, a member of the London Mozart Players, who helped run the show, said, “I felt very excited about what you have achieved, and the audience of course really enjoyed it. I think that animals are amazing beings who we should look after as without them we wouldn’t exist. I also had a horse when I was eight and I still love them to this day! My favourite poems (although I loved them all!) was the swan and shark poem as they had a lovely message behind them. I also think that the performance did not need any amount of improvement considering that you were under a lot of pressure, but you guys still coped very well and made a fantastic performance! If there is another show next year - whether it's about animals or not - I will definitely come and watch as well as help!”

We also managed to get an interview with some students. Shiv, a student at Ecclesbourne Primary School, simply summed it for all of us: “It was great. It was really great.”

We would like to thank everyone at Well Versed Ink and London Mozart Players who helped us prepare for this incredible performance and all the children and adults who contributed.

By Priya and Lekshmi, Year 7

Students at Harris Invictus Academy Croydon are writing new stories for the school website as part of an after-school club facilitated by Ms Davis. Their articles will also appear in our termly newsletter, Invictus Scroll.